The Dirt on Your Directors: Director Chris Wolff

Posted on September 23, 2015 by nlarchsociety

Since the current Board of the NLAS is also its first formal Board and there is an AGM coming up in November where many of these people will be replaced, we thought it would be interesting to get each board member to answer a series of questions about themselves and their role with the NLAS. Over the next few weeks we will post each board members response to those questions. Up next is Dr. Chris Wolff, a member of our Board of Directors.

What sort of things do you do as a board member?

Do you have a favourite site or artifact from the Province? 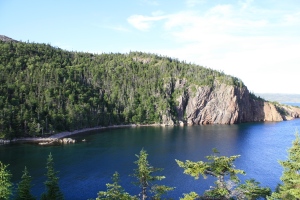 Looking towards the Stock Cove site.

What was the most interesting site you have worked on?

Gradation of endblades from the Stock Cove site.

In your opinion, what is the one thing that no archaeologist should be without?

If you could give yourself one piece of advice to help you along your archaeology path, what would it be?

What made you want to get involved with the NLAS?

When I think about the future of the NLAS, I hope………

This entry was posted in Uncategorized. Bookmark the permalink.